Home » AI in the Automotive Industry: An Insider Perspective

AI in the Automotive Industry: An Insider Perspective

Contrary to popular belief, the most exciting application of artificial intelligence (AI) in the automotive industry isn’t autonomous vehicles—it’s manufacturing.

“Luke,” I hear you asking, “how could you possibly think that predictive analytics are more exciting than self-driving cars?”

Well, hypothetical skeptic, it’s because I worked in the auto industry. And anyone who has will tell you the same thing: for automakers, most of the action is in manufacturing.

I started my engineering degree at McMaster University the same year that GM and Chrysler were facing imminent bankruptcy and liquidation. There was a lot of pessimism among automakers at the time, and here I was entering a program specifically focused on the automotive industry. But I knew that was where I wanted to be.

Like most engineers, I’m a very hands-on guy: building things, helping my dad work on cars—we even worked together for a year doing home renovations. For me, cars were the coolest opportunity to go after, so that’s what I went for. I just hoped the industry would work itself out.

Fortunately, by the time I finished my degree, everything was starting to get back to normal. The Big Three were on track again—it was almost like a rebirth for these companies. In the wake of the financial crisis, there was a realization that something in the auto industry needed to be improved, but I don’t think anyone knew exactly what that meant, myself included.

After I graduated, I went to work for Multimatic, which does door closure and suspension systems. A major focus of my time there was testing dampers. But they’re also niche vehicle manufacturers—the Ford GT was designed and built by Multimatic—so I got to fulfill a childhood dream and spend my time testing and developing race cars.

I was getting into the weeds, driving cars, doing wind tunnel testing and track-side vehicle monitoring. It was a great introduction to the auto industry: the cutting edge of the coolest vehicles. I even got to ride shotgun while we were benchmarking tires on a Ferrari 458!

My next job, at Stackpole, was more production-focused. I was still working in testing, but rather than testing to iterate designs, I was working on the manufacturing side, building the tests for the production line. It was a lot of fluid flow monitoring, and probably 90 percent of the testing lab’s job was just trying to figure out what was going on with all these time-series signals.

That’s when I first encountered Acerta.

An Introduction to Industrial Machine Learning​​

Even though noise, vibration and harshness (NVH) data is something almost every automaker has, sound still is a difficult thing to figure out, especially if you’re trying to use it to inform the design or manufacturing process. When I found out that Acerta was using NVH data to identify failures, it made so much sense. I had enough of an understanding of machine learning and NVH to realize that they’re a perfect combination.

To be clear: I had zero experience with AI in automotive before this.

Sure, I’d done some hobbyist programming—taught myself how to program in Python, built some fantasy football draft programs, even made a machine learning algorithm for trading Bitcoin (I didn’t make any money)—but aside from a couple of odd jobs for Stackpole using the data I’d been collecting, I hadn’t seen industrial AI in action.

It’s ironic that the reason automakers have been hesitant about adopting AI is the very same reason they ought not to be: reliability. Aerospace is often viewed as having slim margins for error, but I think they’re even slimmer in automotive. When you buy a new car, you expect every single one of its parts not to break for at least four years. That same expectation simply doesn’t exist in aerospace, where you have someone checking every part of a plane every two weeks. 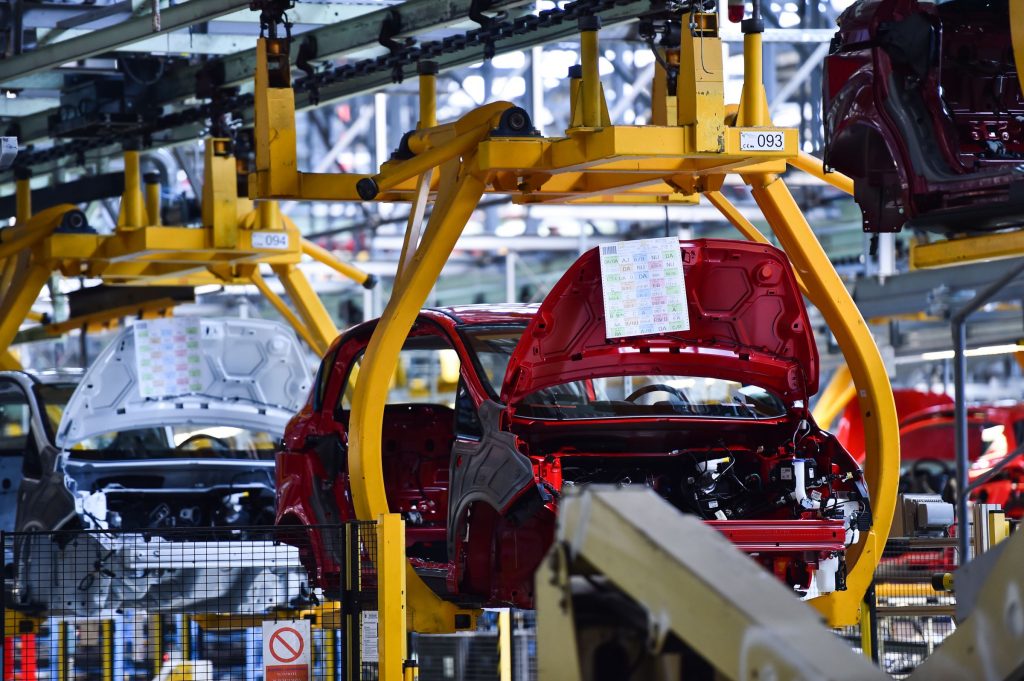 It’s understandable that an industry focused on reliability would be hesitant to introduce what seems like a big unknown into its production process, but this is where AI offers some of the most immediate and impactful benefits to automakers.The production efficiencies and potential cost-savings that it offers should be enough to give even the most skeptical automotive engineer pause, especially given the pressure they’re under to reduce project cycle times and improve product life cycles.

Automakers used to have five-year development cycles for vehicles. These days they’re shortening to two- or three-year cycles, so parts need to get through faster than ever before. I see this as an opportunity for manufacturing to evolve, not by automating jobs away but by giving engineers new tools to do their jobs better. It’s not like we’re going to produce the same parts and forget about all the engineers! We’re going to enable them to produce better parts faster, more efficiently and more cost-effectively.

The simple fact is that autonomous vehicles currently have zero impact on sales or the overall success of a company. Self-driving cars are a fascinating and exciting prospect, no doubt, but they’re still a ways off, and I don’t think anyone knows when they’re really hit the market, or what will happen when they do.

Looking at it another way, there’s a parallel between artificial intelligence and another Industry 4.0 technology: additive manufacturing (AM). In both cases, pilot projects have made the technology’s potential abundantly clear. We’ve all seen GE’s famous 3D-printed fuel nozzles or read about DeepMind’s self-taught, board-game-playing AIs. But if you ask anyone working in AM (or AI), they’ll tell you the same thing: we won’t see what this tech is truly capable of until we start designing with it in mind.

You might be able to optimize an existing design by 3D-printing it, but there’s only so much you can do with a part that was designed based on subtractive manufacturing processes and the limits they entail. The same is true for artificial intelligence in manufacturing: nothing is built with AI in mind.

We can still use machine learning to gain valuable insights into production efficiency and product quality, but we’re applying it after the fact. The way production data is collected and how it’s structured makes a huge difference. Once manufacturers start collecting and structuring data in a way that makes sense to data scientists as well as engineers, that’s when we’ll really see what AI can do.

I started my automotive career when the industry was in crisis. Today, it’s in another kind of flux: ‘innovation’ is the watchword as everyone anticipates the disruptions that will come from Industry 4.0 technologies, like AI. It’s almost as if a new industry is being born. 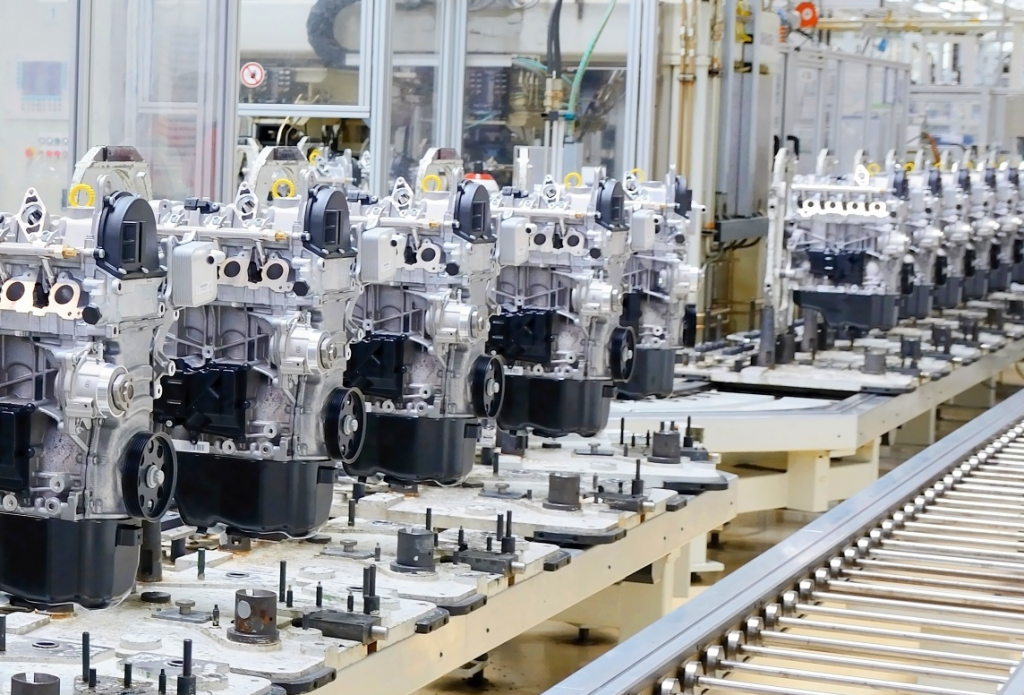 Even so, the attitude toward AI in automotive remains cautiously optimistic, at best, and misguided at worst. There aren’t a lot of people working in manufacturing who fully understand it, which is why there’s still a misconception that artificial intelligence is just a black box that spits out the answers you’re looking for when you feed it enough data.

Many of the people on the shop floor have spent their whole lives figuring out the mechanical systems and processes, learning about them and making them better. Now all of a sudden, we’re telling them that a machine can do that. Some skepticism is understandable.

But think of it this way: In the days of Henry Ford, we had guys with wrenches tightening bolts, and the only feedback they had was how tight the bolts felt to them. Then the torque wrench came along so bolts could be tightened with the same torque every time. Some of those guys who spent their whole lives tightening bolts “the old-fashioned way” might be understandably skeptical that a machine could do their job better than they can. But that’s exactly the point: the torque wrench doesn’t eliminate the need for the worker, it just makes their job easier.

The same is true for AI in manufacturing.