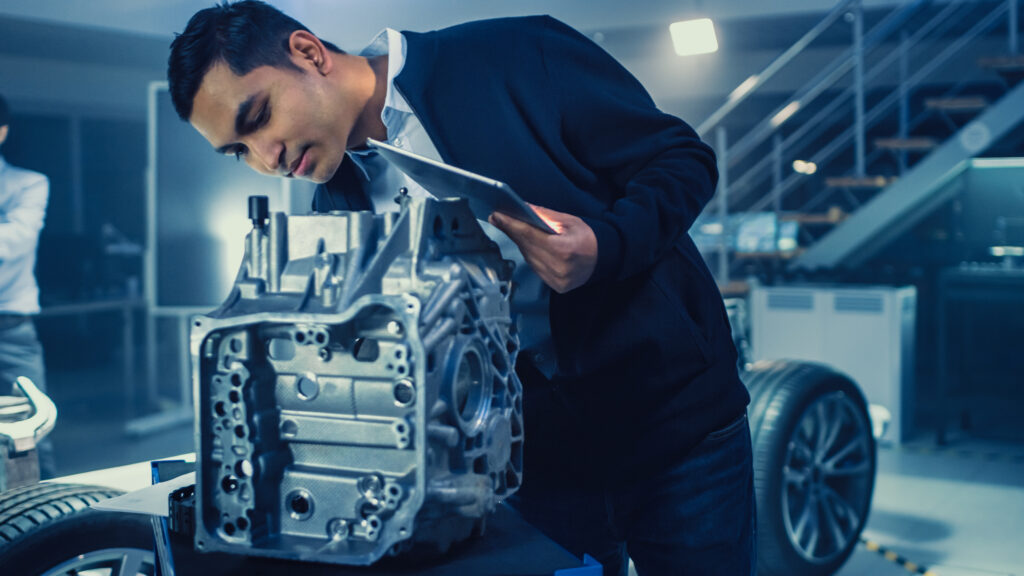 EOL (End-of-Line) testing is quality’s final filter. Its goals are to pass units that can be used in the final assembly of a vehicle and fail the defective ones. Unfortunately, manufacturers still experience costs associated with defective parts, such as claims on components that failed before the end of their warranty period.

A manufacturer could make their end-of-line test more accurate, constraining the upper and lower limits of their tests so that more parts fall outside of spec. But there’s a catch. As limits are tightened, a manufacturer inadvertently increases the number of non-defective parts that are incorrectly classified as defects by EOL testing. These “false positives” decrease FTT, as they are pulled out of production just like any other defect would be. Regardless of whether a unit is a false positive or an actual defect (a true positive), any failed part needs to be reworked or scrapped. This impacts a line’s KPIs and the manufacturer’s bottom-line.

It’s a tradeoff: A manufacturer can catch more defects but mistake good parts for bad, paying more for scrapped parts, or catch fewer defects but pay more in warranty costs, gaining a reputation for producing poor quality components. In the end, manufacturers are stuck between end-of-line testing and a hard place.

This is what happens when manufacturers take a reactive approach to quality control. Take hot-tests for example, where an engine is run and then classified as either passed or failed based on how it performed. This “wait and see” method is extremely costly for manufacturers, especially those who manufacture complex components that are expensive to process (it’s rarely cost-efficient to scrap a failed engine) and challenging to rework.

Even if few engines are scrapped or reworked, testing every single unit that comes off of the line slows down the entire process, as tests can range from 18 to 45 minutes. In essence, manufacturers are bleeding money every time they run an EOL test to avoid hemorrhaging as the result of a defect.

Even if an EOL test catches a defect, it can’t explain why the defect occurred. In AIAG & Deloitte’s Quality 2020 Report, automotive OEMs and suppliers both ranked Problem Solving as one of the most critical issues impacting quality. In addition, both cited Lack of Root Cause Analysis (RCA) as one of the main reasons for this issue.

The questions that engineers need to ask for RCA cannot be answered at the end of the line:

In essence, manufacturers build components to fail, and then rely on EOL testing to catch these failures. Instead, data should be collected throughout the entire process to gain insight into the main issues impacting the output of the line. This way an engineer can trace defects back to a specific operation. 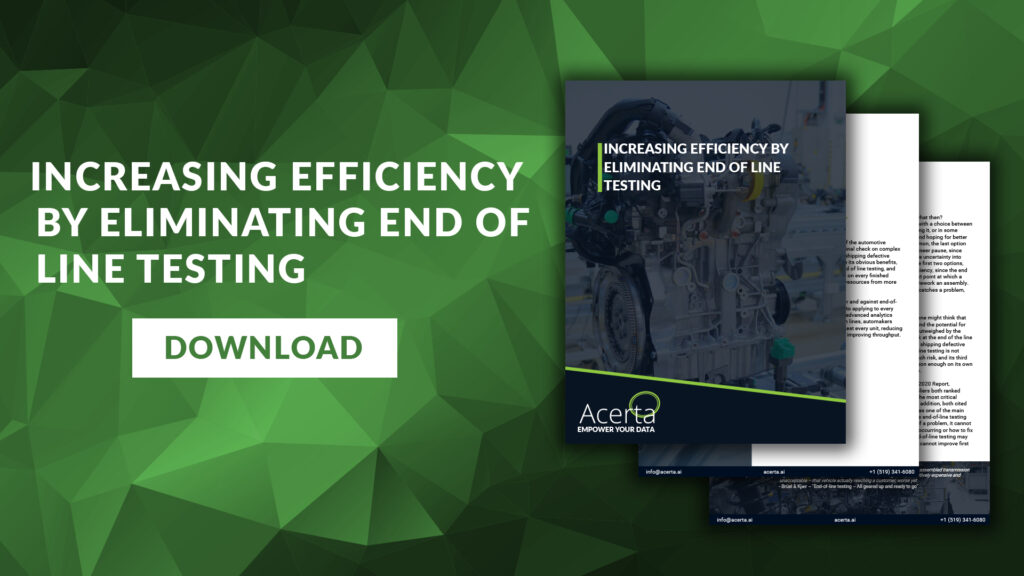 Although there are certainly drawbacks to end of line testing, it shouldn’t be removed from the manufacturing process altogether. It makes more sense to reduce the number of components that need to be filtered through end of line tests, while also improving operations on the line to make better quality parts in general.

In fact a recent review of the cost of quality in automotive manufacturing found that measuring, evaluating or auditing products, including end-of-line testing costs 4-6% of a manufacturer’s revenue. On the other hand, preventative approaches only cost 1%. Hence, if the number of parts that are subjected to end-of-line testing can be reduced in favour of a more proactive, preventative methodology, significant efficiencies would be gained and costs would be saved.

So, what does this proactive, preventative approach look like?

Currently, EOL testing is used because assemblies are complex, with many potential points of failure. Parts pass if they fall within spec, and fail if they don’t. But, if a manufacturer collects information on what went into making any given part, they can predict how likely it is that a component will pass or fail an end-of-line test. This eliminates the need to test every part coming off of the line.

Imagine a line with three operations: Op1, Op2, and Op3. After a unit comes off the line it is tested on how well it performs because engineers aren’t gods (despite what we think here at Acerta), and don’t have complete insight into each operation.

Occasionally a unit fails the end-of-line test. Since it’s not a matter of if a failure will happen, but when, manufacturers have no choice but to test every assembled unit to ensure they catch the inevitable defect. It’s almost like waiting at a red light when there are no other cars around: Both create an unnecessary stoppage, one on the road and the other on the line.

That being said, don’t run a red. Nowadays, red light sensors are extremely common, especially at intersections with lots of one-directional traffic. The light doesn’t turn red unless a car is waiting to cross. In other words, the likelihood of a crash is high if a driver doesn’t stop at a light with a sensor.

This is similar to predictive analytics. An end-of-line test only needs to occur when there is a reason to believe that a part is defective, or when it’s likely that the test will catch a defect. When it comes to manufacturing, the “reason” is slightly more subtle than a whole entire car: It could be an anomaly in Op2, or signals that are within current specification individually but slightly too high or low across all three operations. Different operations impact the end product in different ways, and so the specific indicators of a defect vary from line to line as the series of operations changes.

But, if a manufacturer can analyze information from all of their operations, they can predict which parts are likely to pass or fail an end of line test, and only test parts that have a high likelihood of failing.

Beyond eliminating the need to test each and every part coming off of the line, collecting data from all upstream operations can also help engineers to identify where problems occur on the line. This provides context when a defect is detected in EOL testing, enabling engineers to locate and understand the root issue. 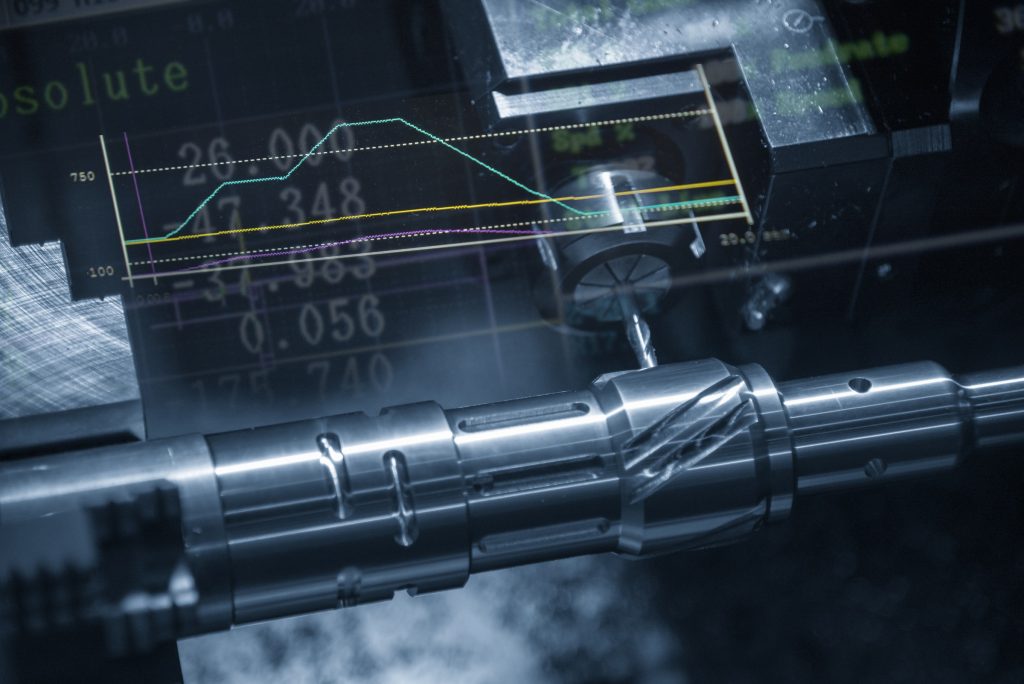 In 2019, automakers spent at least $49 billion total on warranty expenses. This equates to about 2.5% of a given automaker’s product revenue, without even considering the $113 billion that automakers had set aside in their collective warranty reserves.

Manufacturers can lose hundreds of millions to escaped warranty units every year. Implementing an integrated analytics platform ensures that fewer defects slip through the cracks.

It’s estimated that manufacturers are not using up to 70% of their data, and advanced analytics can take the data that’s collecting dust and transform it into valuable information. Since machine learning models are capable of mapping the underlying structure of data and analyzing the relationships between signals coming off a line, they are able to detect issues that other quality processes miss.

For example, machine learning can improve anomaly detection. Instead of evaluating signals in isolation, variations across many signals are correlated to predict failures. This enables manufacturers to detect anomalous behavior, even when individual signals fall within a manufacturer’s current test specifications.

Usually, a manufacturer’s production schedule is designed with lost time and money in mind. This is due to the inevitable testing, scrap, and rework from testing every single unit coming off the line.

If every assembly is being tested, a dedicated person has to be stationed at the test station. This person needs to maintain a high level of expertise and requires consistent training, especially when producing complex products that require sophisticated testing. Maintenance and unexpected downtime due to unexpected calibrations or maintenance overalls associated with EOL testing can also slow down production. Through supplementing end-of-line testing with predictive analytics, manufacturers are able to free up human resources and relocate them to areas of the business that drive profitability.

EOL testing creates a bottleneck. When every unit is tested, all upstream operations on the line have to be stalled. But, if fewer units need to undergo EOL testing, less time is required for the entire end-to-end assembly process. Thus, manufacturers can increase throughput through supplementing end-of-line testing with predictive analytics.

Furthermore, predictive analytics can increase the overall quality of production, resulting in fewer EOL test failures. Since manufacturers can predict when a unit is likely to pass, high quality units bypass the end-of-line test, reducing the number of false positives. Furthermore, engineers are able to detect issues at an earlier point on the line, and so many units are scrapped or reworked before they ever reach the EOL test station.

Quality is key, so why leave it to the end of the line? By gathering and analyzing information on a part throughout its life cycle, its expected performance in a vehicle is not solely dictated by its end-of-line test result. With the help of machine learning, manufacturers can capture quality metrics throughout the assembly line. Comprehensive EOL testing is a roadblock. Fortunately, predictive analytics will accelerate a unit’s progress towards the finish line.

Check our white paper on improving efficiency by eliminating EOL to learn more!